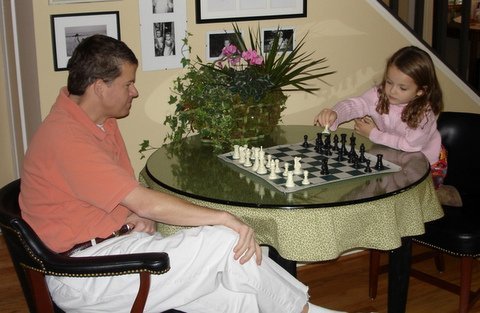 To the spirited one of the family, we are so very proud of you! Your beautiful mind, your empathic nature, your joyful disposition, your old soul and your boundless energy and hilarity – where do we begin, Clarissimo? Eager to see you take the world by storm as you step into the college years and beyond. Don’t forget to write!

Loving you to the moon and back,

When we left New York City in 2008 for the second time, it landed as great relief to one daughter and utterly devastating to the other. While my relief was immediate, a mild melancholia slowly crept in and sat on my chest for years.

Having been in the city routinely over the last ten years (and almost moving back for Claire’s junior and senior year of high school), attending admitted students’ day at Barnard College in Upper Manhattan recently felt like a redemptive homecoming to me. For certain, it was a full circle moment in our family.

We have been on-again, off-again Manhattanites, both literally and figuratively, for 90% of Claire’s life. And while her father and I have struggled with our love/hate relationship with NYC, Claire’s love for the city has been abiding.

She first passively navigated the cacophonous streets as a toddler being zipped around in her Maclaren stroller. Both sheltered and exposed, she and her sister were busy playing Polly Pockets and watching Blues Clues the day the planes hit the towers. She wasn’t old enough to ask why her daddy was home in the middle of the workday that Tuesday or what all the posters with missing faces were about.

By the next time we lived in the city Claire was eight years old and entering the 3rd grade at an all-girls school on the Upper East Side. The youngest in her class of 52, she marched in on that first day in her darling apple green jumper alive with possibility. She was particularly enthusiastic about recess in the park across the street, and her favorite after-school snack was a hotdog from the street vendor perched at the entrance.

As she weighed her college options this spring, she ultimately chose stepping out of the box by attending Barnard over continuing the festive, familiar, family legacy at UNC. It was both a difficult and obvious choice. Her father, who bleeds Carolina blue and was eager for her to carry on the family tradition in Chapel Hill, leaned over to me during the program and said “I really see her here.” And in describing the school to my mom I told her it was as if they’d designed the place with a composite Claire in mind.

Ironically, she almost didn’t apply thinking she had little chance of getting in. But she went for it and the rest is history in the making. She joins the Barnard College Class of 2021 and moves to back to NYC this fall to begin life on her own. (Founded in 1889 as one of the original Seven Sister schools, Barnard today is the liberal arts college for women at Columbia University and sits directly across the street.)

Claire’s English teacher recently described her as “a Jungian psychoanalyst and Jedi writer who makes the world a better place.” An accomplished student, social activist and passionate feminist Claire often connects dots that others miss. She’s also a kid with a serious knack and strong affinity for math…a personal thrill of mine given my ineptitude for all things mathematical. The gene pool is a splendid thing!

I often describe Claire as my crack-up kid. She’s mild when you first meet her but she has a tremendous sense of humor that reveals itself in myriad ways. My mom and I jest that Claire has been a 42-year-old woman for most of her life. Oh, the zingers that can fly out of that child’s mouth:

Once her older sister said she was nervous about something at school and Claire said, “You’re six, Julia, how could you be nervous?”

When she was in first grade she told me, “No, I’ve never beaten Daddy in chess…but I have a lot more strategies.”

Three days after she broke up with her first boyfriend at age 11 she declared, “I love being single.”

Some months later when I told her of a family friend’s new boyfriend Claire asked me from the backseat of the car, “Does he make her think?”

Lastly, during the summer before her 9th grade year I was looking at a house on the street where my parents live and Claire emphatically informed me, “You will never get married again if you buy a house on Maryland Avenue.”

While I pride myself on having raised strong and self-sufficient daughters, and consider myself the same, motherhood has been my primary orientation for the last 20 years. It’s been the sun I orbit and the great joy of my life. As the daily round of mothering comes to a close I find myself beaming with pride, bracing for impact, and brimming with both possibility and uncertainty.

What will life look and feel like without the grounding of family? And how will this emerging epoch “suit” me?

As her older sister skipped off to college two years ago, I imagine the blow was greatly lessened by still having one of my chickens in the roost. But as I prepare for Claire’s departure – which has been mainly by way of denial – I wonder what reality awaits me. Having been the melody of the house, especially over the last two years, what will I make of the silence in her wake?

Claire Norwood Friou is graduating from Charlotte Latin School on May 26, 2017.