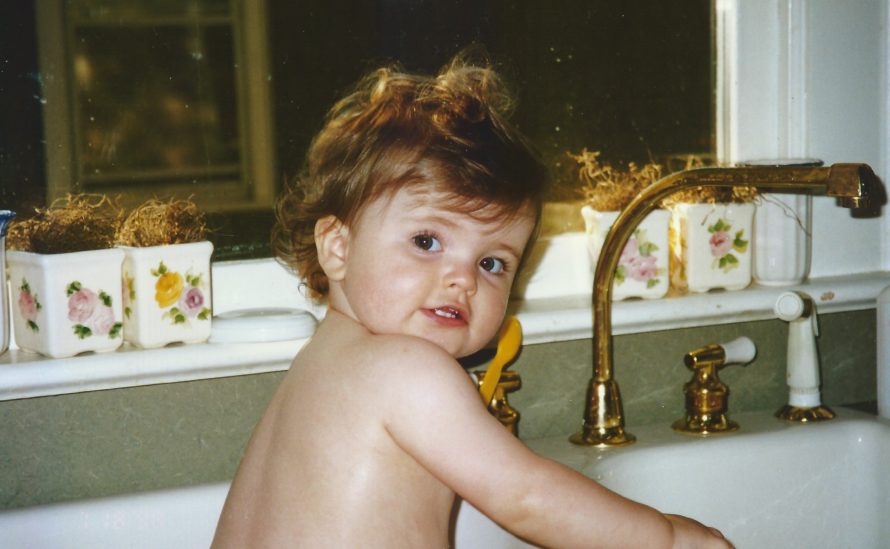 It was going to be quite the scene to behold, I thought, with 650+ green mortarboards taking flight at the same time. The tradition dates back to 1912 when graduates of the Naval Academy received their officer hats and no longer needed their midshipmen’s caps, thus tossing them into the air. The tradition caught on at other institutions because, let’s face it, it’s both festive and a wee bit rebellious.

Attending my firstborn daughter’s high school graduation last night, I was surprised to see only a fraction of the hats flung into the air as was expected. Apparently the practice is starting to wane, as the kids were told they weren’t allowed to mark the transition in that way. Risk of injury, really?

No matter, the dawn of a new day broke for me this morning: I am the parent of a college kid now.

Like many folks my age, I feel closer to being a college kid than the parent of one. And knowing all that awaits her – triumph, turmoil, tedium, transition – I feel like I want to protect her. All the while knowing I can’t, and that it would be a disservice to her if I could.

Life is a series of epochs to be celebrated and mourned, often simultaneously.

I’d heard from friends with older kids that I’d hardly see my daughter senior year. And it’s been true…exceptionally so for the last few months. This is supposedly the prep – for both of us – for her leaving the nest. But, I don’t buy it.

How do you prepare yourself, this mama wants to know, to lose a limb?

While senior year is the slow goodbye, it tends to rush up on you right at the end, rather abruptly. It was always coming, of course. The destined route to college, the requisite next step. Sign of a job well done, for both parents and kids. I touched on this in a former blog post, and I’m betting there’s a future post(s) on this topic as well. I’m beaming with pride, along with millions of other parents around the globe, and also heartsick.

I had no idea I’d wax so poetically during the long goodbye. It started at the beginning of the school year. Not on her first day of preschool or kindergarten, mind you, and not as she traipsed off to middle school or began the epic journey that is high school. No, it wasn’t until her senior year was underway that I noticed a clock ticking. Ominously.

My daughter was aware of this and she’d often mock me by saying something like “This is our last October 25th together.” And sometimes as I’d try to a make a morning hug last just a bit longer, she’d pull away from me and say, “You’re not crying again, are you?”

I’d feign some attempt at denying it, but we both knew the truth. Mom was verklempt. Again.

What our teens call lame and embarrassing, I call involuntary and inestimable devotion. (Prayerfully, I have struck the right balance between helicopter parent, free-range parent and tiger mom…only time will tell.)

In Daniel Siegel’s book Brainstorm; The Power and Purpose of the Teenage Brain he talks about parents being both safe harbor and launching pad for our adolescent children. He educates the reader on the secure attachment model by introducing the four S’s. “We need to be seen, safe, and soothed in order to feel secure.” Siegel continues:

While parenthood is truly forever, the day-to-day operations are about to halt. This is both the good news and the other news. And as I say goodbye to one era and usher in another – with some trepidation, I must admit – I am comforted by the reality of things as articulated by writer Elizabeth Stone.

“Making the decision to have a child – it is momentous. It is to decide forever to have your heart go walking around outside your body.”

And I can think of no greater privilege.