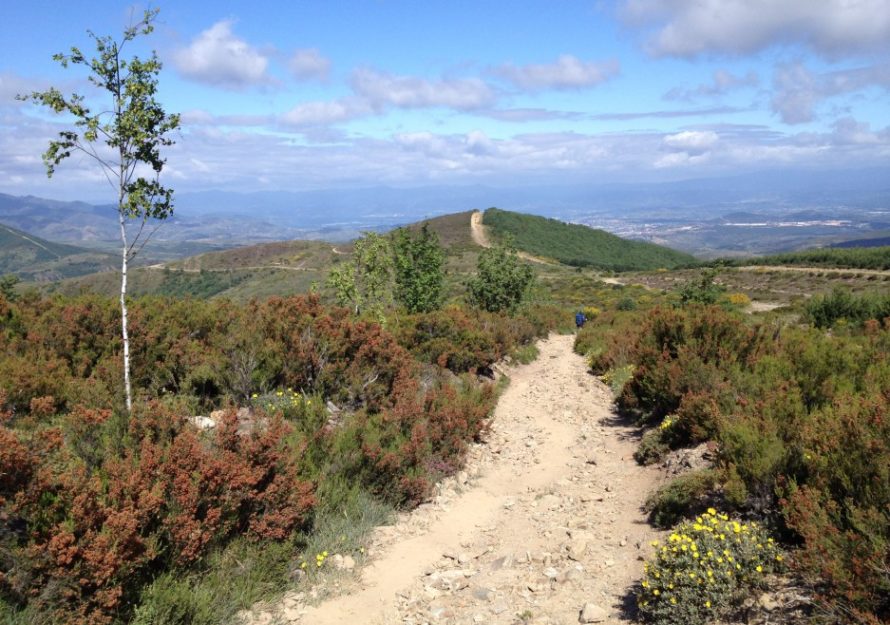 In the summer of 2012, I walked the second half of the Camino de Santiago (The Way of St. James). I flew from Charlotte to Madrid, took a train to Leon and walked 200 miles to Santiago over a two-week period. It not only wasn’t on my bucket list, it had only recently reached my radar. I’d recently seen the indie movie The Way starring Martin Sheen and Emilio Estevez, and by the time the credits rolled I said, “I want to do that.” And a few months later I did just that.

I bought a book about the Camino that sat mostly untouched on my coffee table for months. I continually tried to talk myself out of it. It seemed a bit extreme to walk 200 miles through Spain by myself, the language barrier was a BIG concern of mine and the communal living experience wasn’t really appealing. All I could think of was being kept awake all night by people snoring and the possibility of bedbugs…I was really creeped-out by the prospect of bedbugs.

But something was tugging at me, and even though I couldn’t wrap my logical brain around it and worked overtime to talk myself into something more practical, I decided to take the plunge. It got to where I couldn’t not do it. It wasn’t my first travel adventure, but it felt like my biggest. A lot of my friends balked at the idea of my walking the Camino and joked that it sounded like my “Eat, Pray, Love tour.”

The voice of reason was relentless, but the stirrings of the soul were undeniable.

I believe it was the discovery of Macs Adventure that sealed it for me. I happened upon this travel company based in the UK (thank you Google), and as soon as I discovered the option of my own private bed and bath in each village, I was sold. The rooms were modest (some more than others), but breakfast was included and bag transfer was an option. I decided to carry my own backpack, feeling indulgent enough with the private room and bath. I coined it the “partial princess package,” cracking on myself for not staying in the hostels (known as albergues) like most folks. But hey, it was my Camino.

Life on the Camino is an intoxicatingly simple existence. Everything you own is on your back and your only daily purpose is to walk. (“It is solved by walking,” so goes an ancient saying.) Each day I had really only three imperatives: tape my feet, repack my bag and walk about 15 miles to the next village. And while I struggled mightily with my feet (it is, in the end, all about the feet), I enjoyed a sustained sense of contentment…the likes of which I had never known before.

I was a little concerned about walking alone, though I knew from research it was perfectly safe and common for women to walk solo. But I wondered, will I be lonely? Or worse, will I be constantly in the mix and not able to ever be alone with my thoughts? Without any orchestration on my part, I had the perfect combination of alone/contemplative time and community/pilgrim time. The Camino delivers.

Sadly, my hotel vs. albergue plan was not as solid as I’d hoped. At one of the nicer hotels I was the unknowing recipient of a massive bedbug attack. The chinchas (as they are called there) had quite the fiesta on me in Portamarin, and when it was all said and done I counted 125 bites. Believe it. As horribly itchy and leper-esque as my chewed up body was, I can honestly tell you that it didn’t ruin my trip. I was so thankful it wasn’t a stomach virus or a twisted ankle or something else that would have kept me from walking.

Technically, I walked the Camino alone, however, there is no “alone” on the Camino. There is a kinship among the walkers, known as pilgrims or peregrinos. There is a feeling of one-ness. There is no status on the Camino; no rich/poor, no in crowd/out crowd, no posturing. I met so many wonderful people, many of whom, like me, weren’t entirely sure why they were making the trek. I discovered a common theme of loss among many of us, but not in a depressing way. My own story of loss was that of an 18-year marriage, yet that wasn’t my impetus for walking…at least not a conscious one.

I recently read a snippet in a Huffington Post piece about the Camino that sums it up beautifully.

“The Camino is a great equalizer where our differences become irrelevant and our similarities more apparent. It is often referred to as a ‘metaphor for life’ in that each person must determine and find their own way – what is right for one may not be for another; there is no single right way to do the Camino, nor to live life.”

PS: I was recently part of an interview discussing the Camino on WFAE’s “Charlotte Talks.”