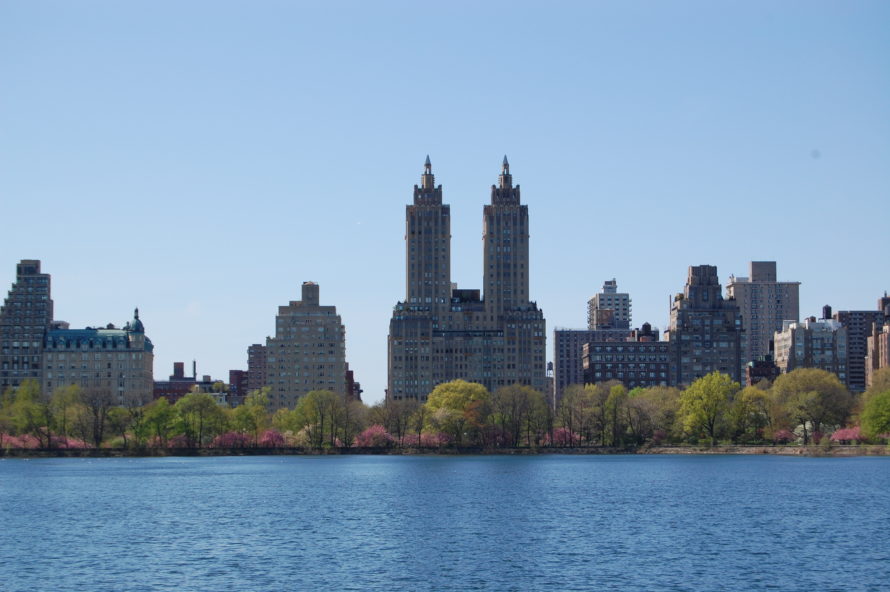 One of the quintessential songs pointing to the love affair many of us have with New York City is Billy’s Joel’s classic “New York State of Mind.” Fourteen years ago this month, he sang this iconic song at a benefit concert honoring the 9/11 first responders and other victims of the attack.

I know you know precisely where you were and with whom when you learned a plane had crashed into the World Trade Center. Everyone has a story about that day, just as everyone of our parents’ generation has a story about the moment they learned of JFK’s assassination.

My young family and I moved to the island of Manhattan three weeks before 9/11 for my then-husband’s new job. Fresh-faced, starry-eyed and totally geared up for the big adventure, I couldn’t imagine what he was talking about when my friend Robert called me on that fateful Tuesday morning asking if I knew what was going on in my city.

“Charlotte? What’s happened in Charlotte?” I asked breathlessly. He wasn’t referring to the hometown I’d just left, but to my new home where disaster was just starting to befall Lower Manhattan.

It was supposed to be my youngest daughter’s first day of preschool, but she was sick with a cold. I was irritated with the situation (who’s sick on their first day of school?) and my older daughter wasn’t slated to start school until the following day, so we were home bound that morning. The children were playing in their room and I was loading the dishwasher when the phone rang.

Quickly switching on the television while still on the phone with Robert, he was in midsentence when we watched as the second plane hit. I heard the collective gasp of his officemates in the background as we all witnessed the unthinkable.

My husband called shortly afterwards telling me he wasn’t sure what time he’d be leaving work. With an office in Midtown, he wasn’t part of the disaster area. Then again, in trying to figure out if America was under attack that day “disaster area” was a relative term. (As a chilling aside, he worked on the 92nd floor of the North Tower in his first job out of college back in 1988.)

Because there was so much chaos and so many unknowns, he told me he didn’t think the children and I should leave the apartment that day. This is obvious on the one hand, but if you knew him, you’d find it exceptional instruction. He’s the most laid back, unaffected person you’ll ever meet, so for him (whom we jokingly refer to as “Safety Sam,” so few are his safety concerns) to tell me to stay put was an uncommon glimpse into his own disquiet.

His reaction added to my anxiety, as did his ambivalence about exactly what time he’d be home that day. The stock market (which has been his motherboard for decades) never did open that day, and it didn’t re-open for the rest of the week…the longest shutdown since 1933.

So what exactly was he going to do at work? Then again, I recall a kind of time suspension and a pseudo-paralysis in the air. What’s actually happening here? Is it over yet? What does it all mean? What’s next?

It remains for me, still, a failure of the imagination. For most of us, no doubt.

He finally arrived home about two o’clock. The girls were sequestered in their room watching Blues Clues and playing with their Polly Pocket dolls while I was watching the news coverage in our bedroom. He’d ridden the bus, about 40 blocks, because the subway had been shut down. The city, while bustling with pedestrians and traffic, was nearly silent that day, and cabs didn’t resume their common practice of relentless horn honking for months.

The days following were dark, even with all the sunshine and blue skies that are September in NYC. And it wasn’t long before the smoke and ash from the smoldering pile downtown made its way uptown. The haze in our neighborhood hung in the air as a horrendous reminder, as did all the “missing person” posters.

The city was wallpapered with these posters of all size, color and quality. I distinctly recall being at the dry cleaners and seeing pictures of men and women my age, parents of young kids, listed as missing. It was gut wrenching, especially as the days wore on and it was clear there would be no survivors.

As shaken newbies of the city, we were whisked off to the bucolic Dutchess County by the new boss and his wife just a few days later to spend the weekend at their country house. (I can imagine their worry about us flying the coop, retreating back to the safety and familiarity of life down South.) It was a welcome break from the chaos of the city and a generous offer from them, but served as only a pause button on the ghastly reality of things.

In my mind, I was successful in completely shielding my children from the events of that day. At ages two and four, I easily controlled the bubble in which they lived – dolls, dress up, coloring books and PBS videos. They never saw a moment of the news coverage, even though their father and I were uncommonly glued to the screen for days. Not even the boys at preschool – who took to crashing pretend airplanes into the building block towers they had created – penetrated that bubble.

It would be many years before they became aware of the events of 9/11 and I’m so grateful. Though I don’t think they were unaffected by it. Children are incredibly intuitive creatures and pick up on the energy of their environment, no matter how diligently we caretakers work to safeguard them. Of this I am convinced.

Several years later, as we were placing mini American flags in our front yard as part of a neighborhood 9/11 remembrance, my oldest daughter was unable to “hear” me when I tried to explain the reason for the flags and the events of that day. She, quite literally, would not let it in. She was eight or nine by then.

Thirteen years later, as a senior in high school, she developed an interest in the events leading up to 9/11 and chose this topic for her 4,000-word research paper.

My parents were slated to visit us a few days after the terrorist attack, and, with some coaxing, came up as planned (though they elected to drive instead of fly). Already heartbroken at losing their beloved granddaughters to New York City, it was a doubly difficult visit for them. There was a heaviness about my father I’d never seen before or since. A native of the borough of Queens, he was born in a Manhattan hospital in 1936, and has enjoyed a lifelong love of the city. I believe he felt the attack in his bones while visiting, leaving him more distracted and distant than usual.

At a Broadway show a few weeks later, the actors made a heartfelt plea at the end as they passed buckets around the theater for contributions. Only a few days after the towers fell, Mayor Giuliani told New Yorkers that the best thing to do for the city was to take in a Broadway show. I still have my lapel pin of an impassioned Giuliani pointing his finger with the words “I want YOU to save NY” (modeled after the iconic Uncle Sam poster used to recruit for the U.S. Army).

Hardy, resilient and adored in droves, NYC more than bounced back from the events of 9/11. However, none of us will ever be the same. No matter where you were that day, life changed. It just did.

I came across a quote by Deepak Chopra that I found incredibly moving – words that help frame the unfathomable-ness of that day:

“For me and my family personally, September 11 was a reminder that life is fleeting, impermanent, and uncertain. Therefore, we must make use of every moment and nurture it with affection, tenderness, beauty, creativity, and laughter.”