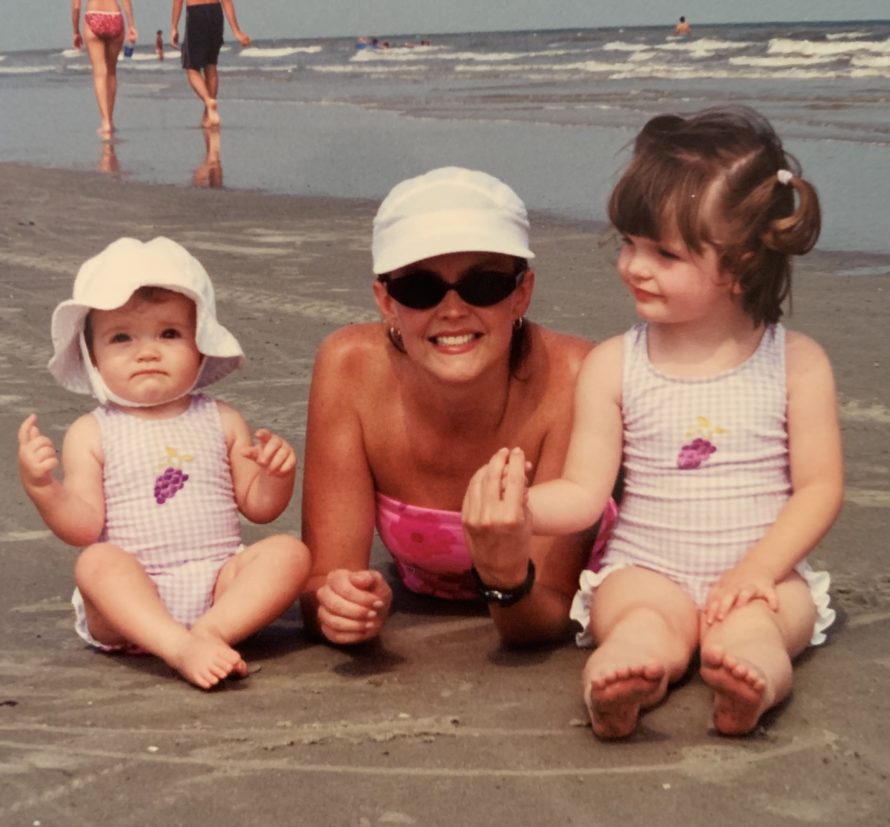 I’ve had a somewhat delayed reaction to my empty nest, and it has taken a particular beating during this time of shelter in place. While I know many folks are near drowning in people underfoot – from entertaining and/or home schooling their littles, to policing their teens pining to flock with friends, to reincorporating their young 20’s into the daily round after several years away – I’m riding out this protracted storm in near calm with my honey, Rob, and our two pups.

My young-20’s daughters, who flew this mama’s coop in 2015 and 2017, are nestled safely and together on the Isle of Palms, SC with their dad right now. I’m so grateful they are out of New York City and able to comfortably spread out at the beach, but I’m experiencing serious familial FOMO at the moment. Nothing like a global pandemic to make you want to hunker down with your people, even if you know you’ve over-romanticized the tableau.

When my first daughter, Julia, left for college, I braced for impact. I not only survived it, but it was fine. I suspected having had another child at home softened the blow, so I really geared up for Claire leaving two years later. I kept waiting for the unquenchable ache, for the official Empty Nest Syndrome to overtake me, but all I felt was deep gladness in my heart for having launched two independent souls into a world in which they were thriving.

About a year later, Rob and I bought a house and moved in together. It was a monumental step for me, arriving nine years after my 18-year marriage ended. Coupled with the joy of carving out our new life together, I slowly noticed that something was missing. Not between us, but among us. The energy of my daughters – the echo of their laughter, the memory of watching Scandal on three distinct perches in the old family room, the often-spirited banter between the three of us – all of that was of a former space and place in time. Of course, they still come home for the occasional weekend, and Claire over her college breaks, but now my girls feel more in the house than of the house when they’re here.

The social media options we all simultaneously curse and revel in have been a great way to stay in touch with my daughters and friends. But as many of us are learning with the umpteenth Zoom Happy Hour (!), it’s just not the same. And what’s missing is the intimacy. The “false intimacy drug” my friend Annie presciently called Facebook many, many years ago aptly applies to all things virtual. Nothing beats seeing a person in person, the micromovements of their face, the way they carry themselves as they fetch a glass of water, the mundane tidbits of life that you only pick up on when you are in the physical presence of another … especially homebound and in pajamas.

We are all riddled with waves of fear, anxiety, and grief as the virus swarms among us, and the yearn to return to “normal” is huge. Oh, how I took freedom of movement for granted! (Among so many things.) And, all we can do now is ride it out in our current nest, try to appreciate the little things, and hope for the days when social distancing is a distant memory.