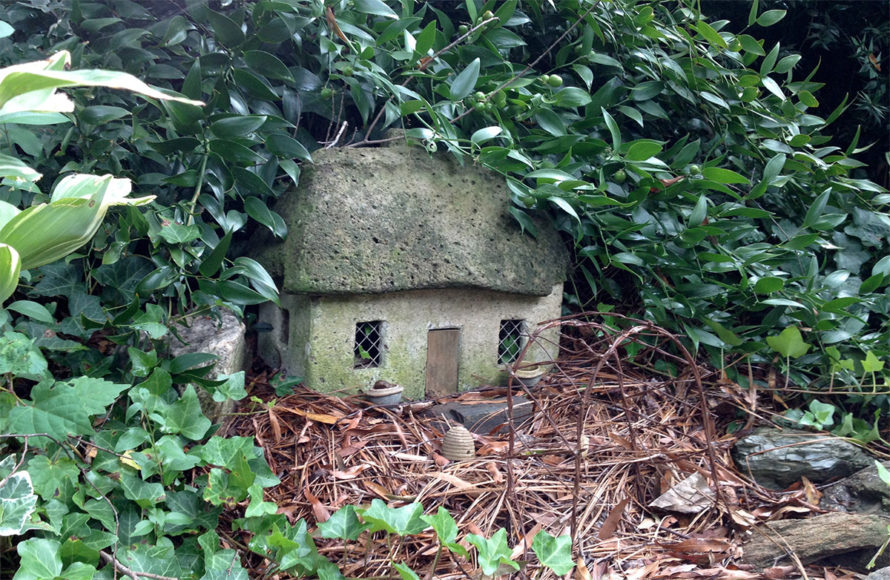 Call it semantics, wishful thinking or whitewashing but, as I mentioned in a previous blog, I consider myself divorced to the father of my children instead of divorced from him.

Long before my separation, I happened to hear an interview with Fergie and this is how she referenced her former husband, Prince Andrew. I was immediately taken by this language and, unbeknownst to me at the time, it would later become my model.

The first of many unconventional decisions we made (and continue to make) as we separated was about our living situation. We chose to share the same house – though not at the same time – with the idea of lessening the disruption to our kids and assuaging our guilt of having made the decision to separate in the first place.

Thinking myself awfully resourceful, I later learned that while uncommon, this was a well-documented lifestyle called “nesting.” The idea is that the baby birds stay in the nest and the Mama Bird and Daddy Bird are the ones to come and go. Our goal was to nest until the last bird went to college…a seven-year arc.

We made it one year.

I think one of the hardest and most critical parts of the divorce transition is restructuring the relationship with the other parent. It’s tricky. On the one hand, you need to view the other parent as both an integral part of your child’s life and life-long business partner because kids still need two parents singing off the same song sheet as much as possible.

On the other hand, there has to be a gradual distancing. The gift of children makes this extremely hard. Other factors such as “friendly” divorce, one spouse wracked with guilt, long-term marriages and/or coming of age stories (to name but a few scenarios) often make for particularly difficult chords to sever.

In one of my favorite divorce books, The Healthy Divorce, Lois Gold writes:

“Perhaps it is best to acknowledge that on some level the skeleton of the emotional connection with your former spouse will always be there. It doesn’t have life, but it also doesn’t disappear. The presence of children is a continuous reminder that there will always be blood ties. A deep connection exists even as you create healthy emotional distance, because no one else shares with you the depth of feeling for your children as does the other parent.”

Due to the countless textures of marriage and divorce, there are many possible outcomes in the restructured relationship. In the book We’re Still Family, Constance Ahrons describes five parental relationships post divorce:

Perfect Pals – these parents are the super-friendly types who are able to talk and laugh, plan together for their kids, and see each other often (occasionally without the kids). While disagreements may surface they are quickly and easily resolved.

Cooperative Colleagues – these parents consult each other about the children but in a strictly business fashion. While they may spend birthdays or holidays as a family, there is no personal relationship between the parents.

Angry Associates – these parents are locked in a constant state of anger and irritation with the other, however, they continue to talk semi-regularly and make joint decisions for the children…it just ain’t pretty.

Fiery Foes – these parents seldom speak to each other and if they do it’s typically encased in a fight. They are still hurt and angry about the divorce, and often need a third party to help them with planning and settling disagreements.

Dissolved Duos – these parents have no contact with each other at all and one parent usually drops out of the children’s lives, often leaving the area where the family lives.

While not everyone aspires to be perfect pals, civility and collaboration are the ultimate goals. And while you can’t control how the other parent shows up, you get to choose how you show up. All of us are tasked with keeping our side of the street clean and we need to focus on that no matter what the neighbor might be up to.

“The most important gift you can give your child is a healthy attitude about the time he will spend with his other parent,” says Philip Stahl in Parenting After Divorce.

Kids need two parents who are in the loop. It’s a wonderful thing for a child to hear, “Yes, your daddy mentioned that to me. Tell me more about that.” That lets the child know that both parents know and care about him and that they are able to talk about the child they share. Even if you think your former spouse is a flake, a drill sergeant, a helicopter parent or worse, give them the benefit of information about their child. Do it for your kids.

In reweaving the family tapestry after divorce it is imperative to view the other parent as equally important to the equation as you are. Because children see themselves as half of mother and half of father, they need both parents to be major players in their life.

We, all of us, have the innate desire to know and be known by our parents. And we have no right to rob our children of that…no matter what the nest looks like now.