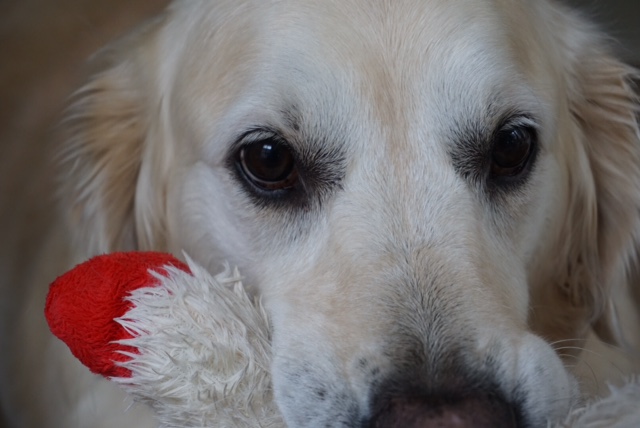 My father is a voracious reader and has been his entire life. At 79, he is still reading several books simultaneously, as he always has. I hardly ever picked up a book by choice until I was 28 years old and pregnant (nesting?) with my firstborn. I distinctly recall reading She’s Come Undone (an Oprah Book Club pick and a New York Times bestseller) and really savoring the experience. And I remember thinking, “Wow, why haven’t I been doing more of this?”

I’ve been reading like mad ever since. And this late-blooming, chip off the old block has a few book suggestions for you as you enjoy (or endure) the sultry days of summer.

With a nod to the relentless heat wave that has been blanketing my city for the last several weeks, I think the antidote is to stay inside and read. And if a trip to the beach, the lake or the mountains is in your near future, here are 12 books I highly recommend as travel companions.

While few are hot off the press, they are all high caliber, mostly fiction titles. Let me go ahead and admit to being a serious fiction snob. I much prefer to read non-fiction (it’s the lifelong learning in me), so if I’m going to take the time to read strictly for pleasure – for what? – I want to make sure it’s going to feel like time well spent. I’m greedy that way.

I can give two enthusiastic thumbs up and five sparkling stars to the following list of books that I’ve had the pleasure of consuming over the last few years. Each title is followed by its synopsis on Amazon.

See which one(s) produces an internal ping, and order it immediately. And if nothing on this list appeals, check out the current NYT bestsellers in all the different genres. (Or find a favorite binge show such as House of Cards…no judgment here.)

In no particular order:

“This sophisticated and entertaining first novel presents the story of a young woman whose life is on the brink of transformation. On the last night of 1937, twenty-five-year-old Katey Kontent is in a second-rate Greenwich Village jazz bar when Tinker Grey, a handsome banker, happens to sit down at the neighboring table. This chance encounter and its startling consequences propel Katey on a year-long journey into the upper echelons of New York society—where she will have little to rely upon other than a bracing wit and her own brand of cool nerve. With its sparkling depiction of New York’s social strata, its intricate imagery and themes, and its immensely appealing characters, Rules of Civility won the hearts of readers and critics alike.”

“At times stern, at other times patient, at times perceptive, at other times in sad denial, Olive Kitteridge, a retired schoolteacher, deplores the changes in her little town of Crosby, Maine, and in the world at large, but she doesn’t always recognize the changes in those around her: a lounge musician haunted by a past romance; a former student who has lost the will to live; Olive’s own adult child, who feels tyrannized by her irrational sensitivities; and her husband, Henry, who finds his loyalty to his marriage both a blessing and a curse.”

“We don’t want to tell you too much about this book. It is a truly special story and we don’t want to spoil it. Nevertheless, you need to know something, so we will just say this: It is extremely funny, but the African beach scene is horrific. The story starts there, but the book doesn’t. And it’s what happens afterward that is most important. Once you have read it, you’ll want to tell everyone about it. When you do, please don’t tell them what happens either. The magic is in how it unfolds.”

It’s What I Do: A Photographers Life of Love and War, Lynsey Addario

“War photographer Lynsey Addario’s memoir It’s What I Do is the story of how the relentless pursuit of truth, in virtually every major theater of war in the twenty-first century, has shaped her life. What she does, with clarity, beauty, and candor, is to document, often in their most extreme moments, the complex lives of others. It’s her work, but it’s much more than that: it’s her singular calling. Lynsey Addario was just finding her way as a young photographer when September 11 changed the world. One of the few photojournalists with experience in Afghanistan, she gets the call to return and cover the American invasion. She makes a decision she would often find herself making—not to stay home, not to lead a quiet or predictable life, but to set out across the world, face the chaos of crisis, and make a name for herself.”

“In the National Book Award-winning Let the Great World Spin, Colum McCann thrilled readers with a marvelous high-wire act of fiction that The New York Times Book Review called “an emotional tour de force.” Now McCann demonstrates once again why he is one of the most acclaimed and essential authors of his generation with a soaring novel that spans continents, leaps centuries, and unites a cast of deftly rendered characters, both real and imagined… The most mature work yet from an incomparable storyteller, TransAtlantic is a profound meditation on identity and history in a wide world that grows somehow smaller and more wondrous with each passing year.”

“Marion and Shiva Stone are twin brothers born of a secret union between a beautiful Indian nun and a brash British surgeon. Orphaned by their mother’s death and their father’s disappearance, bound together by a preternatural connection and a shared fascination with medicine, the twins come of age as Ethiopia hovers on the brink of revolution. Moving from Addis Ababa to New York City and back again, Cutting for Stone is an unforgettable story of love and betrayal, medicine and ordinary miracles–and two brothers whose fates are forever intertwined.”

“Chicago, 1920: Hadley Richardson is a quiet twenty-eight-year-old who has all but given up on love and happiness—until she meets Ernest Hemingway. Following a whirlwind courtship and wedding, the pair set sail for Paris, where they become the golden couple in a lively and volatile group—the fabled “Lost Generation”—that includes Gertrude Stein, Ezra Pound, and F. Scott Fitzgerald… A heartbreaking portrayal of love and torn loyalty, The Paris Wife is all the more poignant because we know that, in the end, Hemingway wrote that he would rather have died than fallen in love with anyone but Hadley.”

“Theo Decker, a 13-year-old New Yorker, miraculously survives an accident that kills his mother. Abandoned by his father, Theo is taken in by the family of a wealthy friend. Bewildered by his strange new home on Park Avenue, disturbed by schoolmates who don’t know how to talk to him, and tormented above all by his longing for his mother, he clings to the one thing that reminds him of her: a small, mysteriously captivating painting that ultimately draws Theo into the underworld of art… The Goldfinch is a mesmerizing, stay-up-all-night and tell-all-your-friends triumph, an old-fashioned story of loss and obsession, survival and self-invention, and the ruthless machinations of fate.”

We Used to Own the Bronx: Memoirs of a Former Debutante, Eve Pell

“We Used to Own the Bronx tells the story of a woman born into the proprieties of an East Coast dynasty who nevertheless leaves her world of privilege for a career as an investigative reporter. Recounting her upbringing, Eve Pell offers an inside look at the bizarre values and customs of the American aristocracy, from debutante balls and the belowstairs hierarchy of the servant class to the fanatical pursuit of blood sports and private men’s clubs whose members were cared for like sultans. In the patriarchal world of the upper crust, girls were expected to flatter and defer to boys and men: her scholar-athlete sister was offered a racehorse if she would refuse to attend college. A parade of eccentrics populates the book, from the cockfighting stepfather who ran away from boarding school with a false beard and a stolen motorcycle to the Brahmin great-uncle who secretly organized the servants in Tuxedo Park to vote for Teddy Roosevelt.”

“At twenty-two, Cheryl Strayed thought she had lost everything. In the wake of her mother’s death, her family scattered and her own marriage was soon destroyed. Four years later, with nothing more to lose, she made the most impulsive decision of her life. With no experience or training, driven only by blind will, she would hike more than a thousand miles of the Pacific Crest Trail from the Mojave Desert through California and Oregon to Washington State—and she would do it alone. Told with suspense and style, sparkling with warmth and humor, Wild powerfully captures the terrors and pleasures of one young woman forging ahead against all odds on a journey that maddened, strengthened, and ultimately healed her.”

“The instant New York Times bestselling memoir of a young Jewish woman’s escape from a religious sect, in the tradition of Ayaan Hirsi Ali’s Infidel and Carolyn Jessop’s Escape, featuring a new epilogue by the author… As a member of the strictly religious Satmar sect of Hasidic Judaism, Deborah Feldman grew up under a code of relentlessly enforced customs governing everything from what she could wear and to whom she could speak to what she was allowed to read. It was stolen moments spent with the empowered literary characters of Jane Austen and Louisa May Alcott that helped her to imagine an alternative way of life. Trapped as a teenager in a sexually and emotionally dysfunctional marriage to a man she barely knew, the tension between Deborah’s desires and her responsibilities as a good Satmar girl grew more explosive until she gave birth at nineteen and realized that, for the sake of herself and her son, she had to escape.”

“Combining magic, mysticism, wisdom and wonder into an inspiring tale of self-discovery, The Alchemist has become a modern classic, selling millions of copies around the world and transforming the lives of countless readers across generations. Paulo Coelho’s masterpiece tells the mystical story of Santiago, an Andalusian shepherd boy who yearns to travel in search of a worldly treasure. His quest will lead him to riches far different—and far more satisfying—than he ever imagined. Santiago’s journey teaches us about the essential wisdom of listening to our hearts, of recognizing opportunity and learning to read the omens strewn along life’s path, and, most importantly, to follow our dreams.”