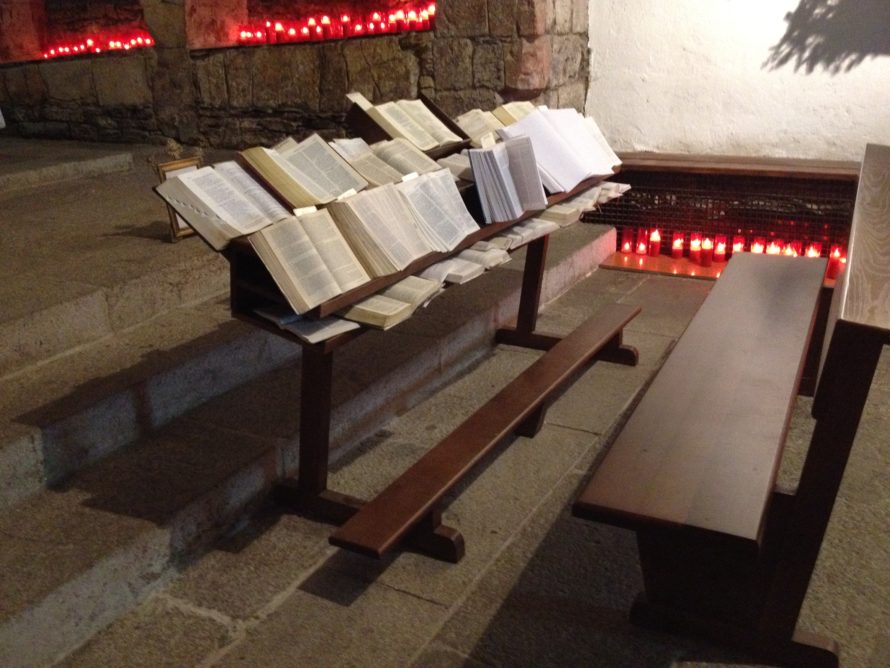 He had Clark Gable’s smile.

On my fourth day of walking the Camino, in the obscure village of Molinaseca, I happened upon a most unusual creature. Neither fellow pilgrim nor local, he was an American in Spain on business. His shoes were a dead giveaway.

I was sitting outside with friends at Casa Marcos when Mr. Tall, Dark & Handsome strolled by. He heard us speaking English and within moments had charmingly inserted himself into our conversation. Well after 10pm, the sun had only recently set as he joined us for a glass of red wine.

A seemingly savvy businessman and fluent in the language and customs of Spain, it didn’t take long for this girl to fall under his spell. I was, after all, in a very thin place. On a solo, two-week walking journey through northwestern Spain, I was the quintessential vagabond. Seeking. Searching for something – perhaps something as simple as my new, post-divorce self.

Realizing we were staying in the same hotel (by far the cushiest along my journey), he asked me if I’d join him for a nightcap in the lobby. Trying to be practical and with an 18-mile hike ahead of me the next morning, I agreed to one glass. One bottle later, I reluctantly tore myself away from the lobby and the international man of intrigue.

Before we parted we discovered that several years prior I had walked by his apartment in Manhattan every day for almost a year taking my children to school. Five years and 3,000 miles later…what are the chances?

His offer to drive me to my next village along the Camino the following day was met with exasperation. I was offended that he didn’t understand my commitment to walking all 200 miles of my journey. I suggested he ditch his car and join me on the path, cracking on the loafers he was wearing. He declined. But we did have a plan to meet up in NYC a few weeks later.

My friend Tommy once told me that the second best outcome of a first date is mutual disappointment. Brilliant, right? You both get out early and unscathed. My first date with Mr. TDH back in real life was nothing like that.

All told, the relationship lasted almost a year. I will humbly admit to having clocked no more than 10-12 days together (including our three hours in Spain) over a six-month period, and spending the other 300+ days trying to will the long-distance relationship into something viable and/or untangling myself from the fairy tale romance that wasn’t.

Having met the way we did and discovering all the synchronicities, I simply could not let go of the dream. That coupled with the vortex of feelings – love, mistaking loneliness for love, infatuation, intrigue…who’s to say what all is swirling about in any relationship – it was the perfect storm for an epic fall.

The romance that wasn’t was extremely humbling and also revelatory. I had to get super honest with myself. First and foremost, this was an MP and not a YP. (My problem vs. your problem…always an important distinction.) What was it about me that would settle for this kind of relationship, so out of sync with my true desires? Why would I torture myself this way? Why do any of us turn people into saviors, props or trophies and give up our personal authority to them or the situation?

You can only achieve so much through effort I once read somewhere. And I would add that you can’t will something into being, no matter how bad you want it or how good the story for your future grandchildren. It is always a mystery – who will capture our hearts or not – and it’s not something we get to choose or pivot like a faucet.

Sometimes I joke that I have a PhD in post-divorce dating. While I haven’t written my thesis (yet), I can imagine approximately 12 chapters informed by some of my favorite quotes:

My story with Mr. TDH remains miraculous in my mind. A treasure, even though the ending wasn’t technically happy. Maybe certain people or relationships should come with warning labels. Perhaps. But all relationships invite us to get to know ourselves better.

If I’d known how it would turn out before I started reading would I still have picked up the book? Absofuckinlutely.